Kilby became interested in amateur radio when an ice storm in 1938 caused a power outage. His father turned to ham radio operators to assist with communications and Kilby accompanied him on the visits. Kilby obtained a ham radio license and built a transmitter. He recalled that "the older hams...were very helpful - and tolerant of a young high school student. It convinced me that I wanted to study electrical engineering." He earned a bachelor's degree from the University of Illinois and a master's degree from the University of Wisconsin. Kilby began his career in 1947 with the Centralab Division of Globe Union, Inc., in Milwaukee, Wisconsin. He married Barbara Annegers on June 27, 1947.

He joined Texas Instruments in May 1958 and was assigned to work in the area of microminiaturization at his request. As a new employee Kilby had a 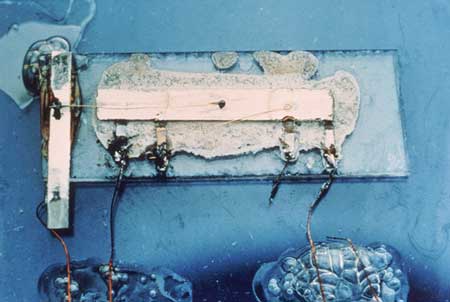 ccrued no vacation so he worked alone in the lab while the plant was shut down for vacations in July. It was during this time that Kilby conceived and built the first electronic circuit. On September 12, 1958, he demonstrated his new invention, the integrated circuit or microchip, which he patented February 6, 1959. In his patent application Kilby described his new device as “a body of semiconductor material ... wherein all the components of the electronic circuit are completely integrated.”

The microchip changed the world. The modern computer industry, upon which Kilby’s invention was based, transformed over-sized computers into small, personal devices. The invention brought profound changes in business, health care, education, transportation, manufacturing, and entertainment.

Kilby went on to pioneer military, industrial, and commercial applications of microchip technology. He headed teams that built both the first military system and the first computer incorporating integrated circuits. He later co-invented both the hand-held calculator and the thermal printer. Kilby held more than 60 U.S. patents and received numerous awards; and a semiconductor research and development facility was named for him. 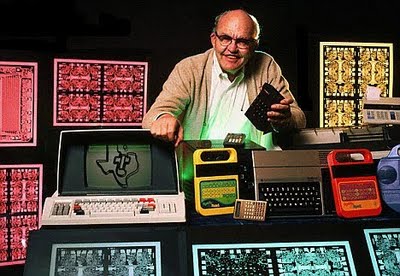 From 1978 to 1984 Kilby was a Distinguished Professor of Electrical Engineering at Texas A&M University, where he researched and worked with students and faculty on assorted projects. He retired from Texas Instruments in 1983. On October 11, 2000, Kilby was named, along with three Russian scientists, as winners of the 2000 Nobel Prize in Physics for their work in laying the foundations of information technology. Zhores Alferov and Herbert Kroemer of Russia, with Kilby from the U.S. shared one half of the $1 million prize for work on developing semi-conductors. Kilby, of Texas Instruments, won the award for his part in the invention of the integrated circuit and as a co-inventor of the pocket calculator.He died June 20, 2005, in Dallas, Texas.