The TM990/189 is a self- contained, single board microcomputer system. It is intended for use as a learning aid in 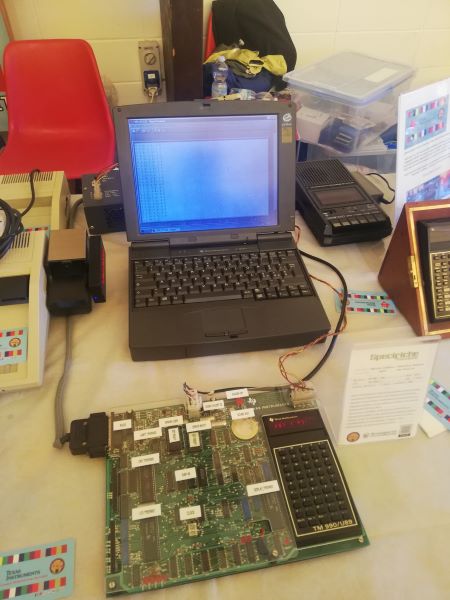 In the various events we attended, we were able to put a TM990 / 189 into operation. The main feature is to have a Basic interpreter on board, and to interface it with the Travelmate 560 via the RS232 serial. Programs are read and written via a recorder for the TI-99/4A PHP-2700.

The program loaded via laptop is a small program to generate a clock with hours, minutes and seconds.